Suga Boom Booming on up to THE TOP OF THE CHARTS! Dominating PlayMPE!

If you’ve been paying attention to the news from Blue Pie and DJ Central lately, you might be asking yourself what else could go right for Down3r? With all his new releases and advancements in plays, it’s not hard to see his career as peaking. But if you’ve ever climbed a mountain before, you might know the sensation of thinking you’ve reached the summit, then as you scramble up to the next ledge, you can see the peak stretching up higher than anything you’ve climbed so far. When you’re on the grind, your perspective changes, and every goal seems like the final frontier, but we can see from today’s news that it clearly isn’t – because DL Down3r has topped the charts on PlayMPE with his classic hit, Suga Boom Boom.

Ordior are very excited for this, as this will mean even more opportunities for us to do what we do best – support the rights management of this incredible track now that it has hit this milestone. It’s turning heads all across the web, and that means plenty of chances for the artists to lose revenue from all their hard work… Ordior is ready to step in and make sure that doesn’t happen! This achievement is a huge occasion, and if you think that he can’t go much further, well… DL Down3r has proven you wrong today already. Wanna place a bet again? 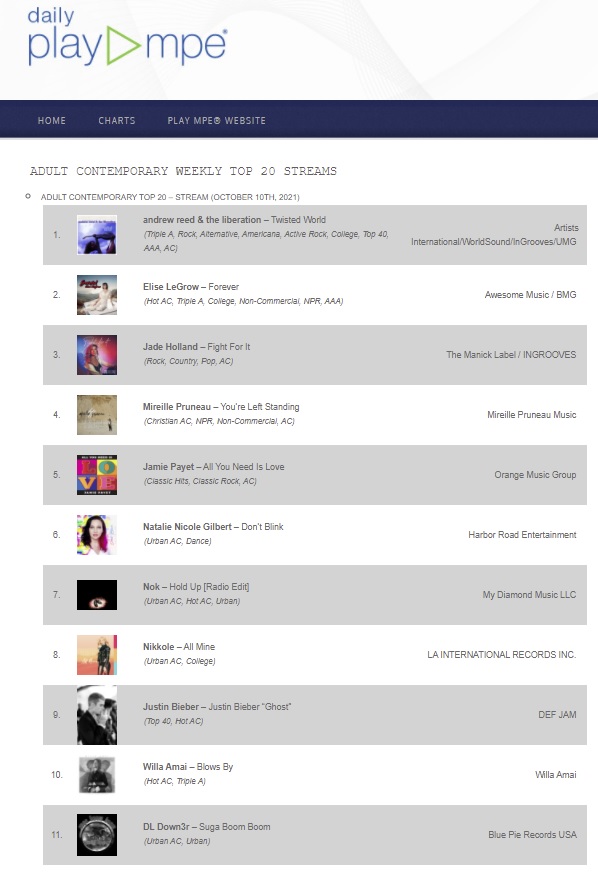 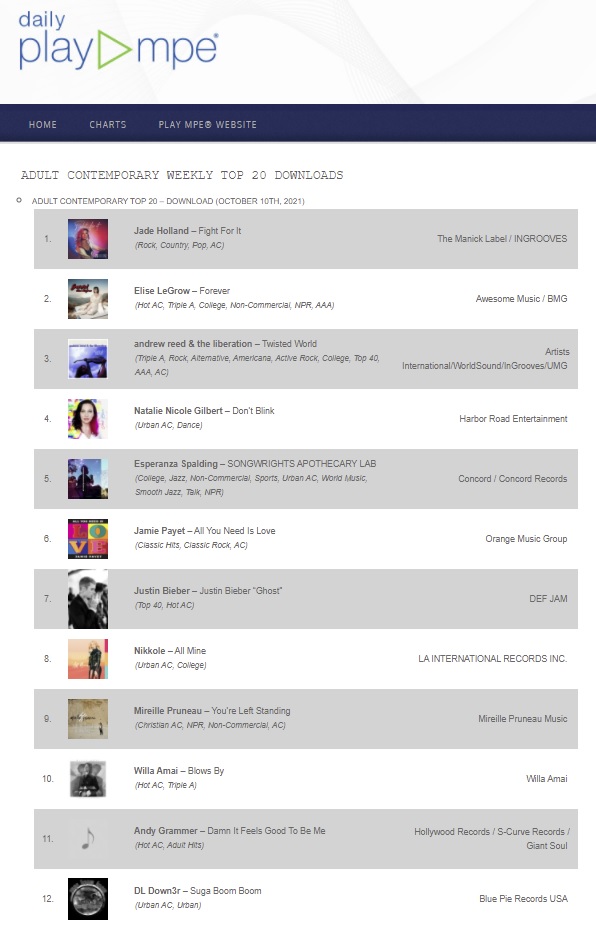 Pictured above are the top 20 streams and downloads for the original slapper that’s generated 1 BILLION streams across all networks. From cocky bangers talking smack like “No L’s” to introspective sad pieces like “Long Road Ahead”, Down3r has proven many times over that he’s the king, and that whatever he attempts, he does with the utmost care and love that will bring each of his hits to success, no matter what form they take! And Suga Boom Boom is definitely no exception. To see it up there with the likes of superstars like Justin Bieber feels right – Down3r deserves recognition of that stature, and it’s refreshing to see things unfold like this.

With that level of versatility and talent, Suga Boom Boom is absolutely prime territory for not only chart topping, but remixes. And indeed, it’s had quite a few in the past! But what if I told you that one of those very remixes, in fact, one that only came out quite recently… had also topped the PlayMPE charts?

It’s no wonder that DL Down3r’s work is so suited to new interpretations like this one, whether they be from his own hand, or from the community his music has fostered. He’s just that adaptable! But to say the least, one particular remix stands out. Check out these numbers! 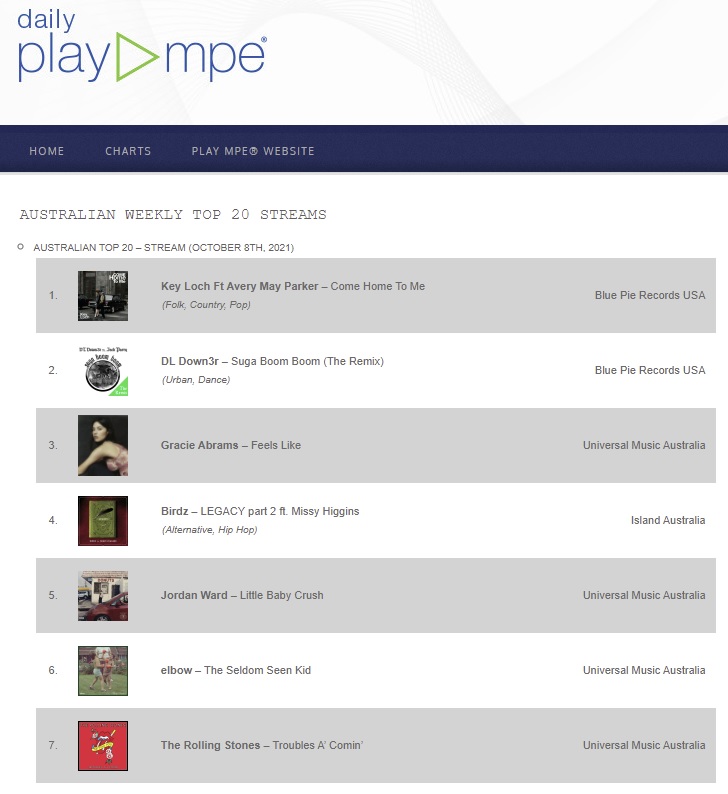 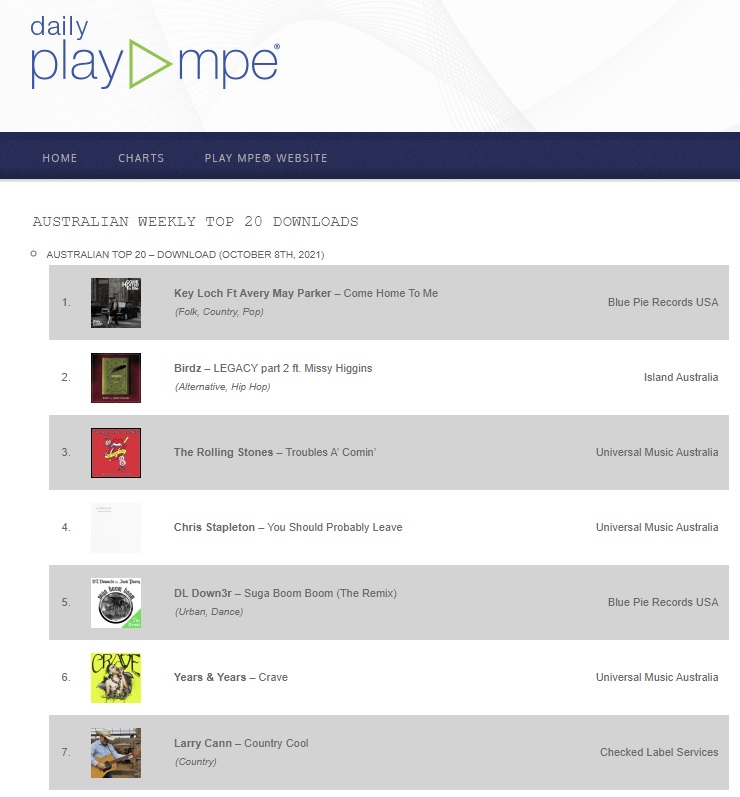 Of course, recent readers will recognise Jack Parry’s stellar remix from our latest headlines. And what a whopper of a remix it is! It’s good to see that PlayMPE seems to agree with that, eh?

This new remix features the intoxicating vocals of DL Down3r’s original that will help you chill and vibe in a whole new way. Combining the many remixes and covers of Suga Boom Boom with the original, the iconic track has reached 35 million streams on just Spotify alone, and has a colossal cult following! So to see a new remix for it now is just the perfect cherry on top. And to see it go this far is cause for us at Ordior to get excited, too. As long as our partner companies over at Blue Pie and DJ Central keep cranking these hits out with their incredible artists, we’ll always be ready to make sure these ships have smooth sailing, so to speak! And with tracks like this, you definitely would want to ensure only the calmest of waters…

The remix was overseen by Jack Parry, mixed/mastered by Tom Polce and Chris Garcia, pre-produced by Gabe Rizza, and produced by Damien Reilly. Jack’s unique vision has really helped bring the track to life in a wholly different way, and we’re absolutely here for it. The team has worked hard on adding another feather to Down3r’s cap, and you can see that effort shining clearly through the mesmerising hooks and beats of the timeless banger. The original has been creeping up the charts for years, and various versions have seen great success on other platforms that even rival 35 million, and the versions of this classic track are numerous! So numerous that there’s a billion strong. We’ve had acapellas, remixes in numerous genres and styles, retellings, and all sorts of different spins on the classic formula, including by DL Down3r himself trying new styles out! The summery vibes of this particular version put the listener in the mood for a chill and electric party by the poolside, the synths rippling like the water, the soothing sounds of electric pianos and a peppy brass section bringing the remix home in one hell of a way. And that’s exactly why it stands out… and why it’s topped the charts along with the original.

Jack Parry’s vision in particular was strong with this new direction, causing the old reliable earworm to inherit a new life along with the remix’s cheerful aesthetic. The original Suga Boom Boom is a melancholy head-nodder, letting you into DL’s vulnerable side with a metaphorical discussion of his experience with illegal drugs. Artists have previously brought out the happy side of melancholy before with the track, especially of note are the Key Crashers and their EDM dance mix of course.

But this particular track adds another element that isn’t typically seen in remixes and covers of this track that tend to take it in a new direction: it remains relaxing. This identity of the track synergised well with the original, for while it was melancholy, it also had a bit of zing to it. Usually covers and remixes of Suga Boom Boom take these elements and separate them – not necessarily a bad thing, especially when you hear how good the energetic Key Crashers’ EDM take of the song is, or how cruisey the more methodical and chilled recent trap remix by DL Down3r himself is. But it’s impressive to see a remix that is both chill and relaxing, and retains the spicy energy of the original, while keeping it distinct and different from the original – and that is exactly what the Jack Parry remix accomplishes today. We’re expecting even more big things from it due to the bold direction it takes! When you hear some of the other work Jack Parry has done in the past, it really drives anticipation through the roof as to what might come next for him and DL…

Through fierce and funky west coast rap, Down3r shares his prolific work with the rest of the world, and the stage with west coast rap legends such as Coolio, Brown Boy, Jay Tablet, Lil Young, Snoopyblue, Baby Bash, Steel City Hustlers, King Z and DJ Kane to name a few. From powerful messages, lyrical poetry and sharp comments on society, to G-funk and Trap/EDM hype songs, he proves that age and experience is the opposite of a liability in today’s rap game. Suga Boom Boom is the flagship song of his talented repertoire! This remix and the original are both out now on all major online retailers and streaming services, so get ready to buy a new pair of speakers! All of us at the Ordior offices certainly are… because we’ve found the perfect soundtrack to play while working through paperwork and rights management issues! DL and Jack have definitely delivered on these ones.